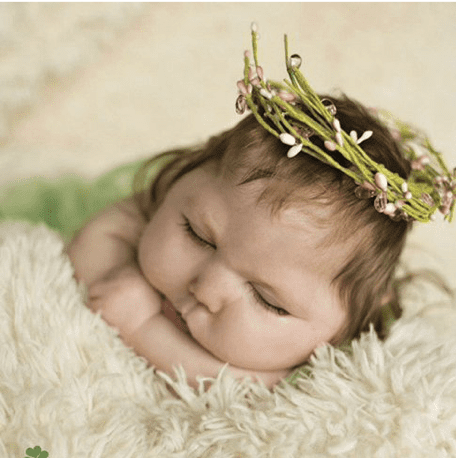 The birth of a baby is a joyous occasion for any parent. But for the parents of a child born sick, that joy can be marred with sadness and fear.

Jeff and Shayla Forgy welcomed their daughter Lexi on June 25, 2014. Shayla’s pregnancy had been considered “high risk,” but the couple didn’t know to what extent until Lexi was diagnosed with unspecified congenital abnormalities at birth.

For 10 months, Lexi was in and out of Vanderbilt Hospital in Nashville for visits and surgeries. Her doctor there, David Hall, M.D., was very honest about Lexi’s condition and let the Forgys know that there was no cure. When Lexi came home from her last hospitalization in January 2015, the Forgys decided not to go back because they didn’t want to put her through any more trauma.

“While it was the most difficult decision to make, it was the right one for Lexi as she would no longer have to suffer,” says Shayla.

The Forgys called Hosparus for help, and Lexi began receiving pediatric hospice care through our Kourageous Kids program. Lexi’s nurse, Greta Hays, encouraged Jeff and Shayla to enjoy their time with their daughter.

“When we called Hosparus, Greta let us know that we didn’t have to make her better, and that we just need to continue to love her and spend time with her,” says Shayla. “We became very close to Greta. We knew she would tell us the truth and be there for us.”

Thanks to Hosparus’ help, the Forgys were able to take Lexi on their only family trip to Gatlinburg. “Greta let us know that Hosparus was just a phone call away. We were able to enjoy our baby girl and our time as a family on that trip.”

After nearly six months under Hosparus’ care, Lexi died at home surrounded by her family on May 15, 2015.

Since then, Hosparus has helped Jeff and Shayla grieve their daughter’s death and celebrate her short life. On what would have been her first birthday, her parents released pink balloons at her gravesite. Family members also wore shirts specially made with a quote from Shakespeare: “And though she be but little, she is fierce.” That’s how the Forgys prefer to remember their little girl.

“I know I will never be the person I was before Lexi, and I am 100 percent OK with that,” says Shayla. “The death of a child is awful. There are just no words to describe the pain. But I am now a mommy and Jeff is a daddy. It has taught us to appreciate every single minute, every little sign that Lexi sends our way. Most of all, it has taught us that God does hear and answer our prayers.”

For the Forgys, Lexi’s final months in the Kourageous Kids program were certainly an answer to their prayers. They encourage other parents of a terminally ill child to make the call to Hosparus for help.