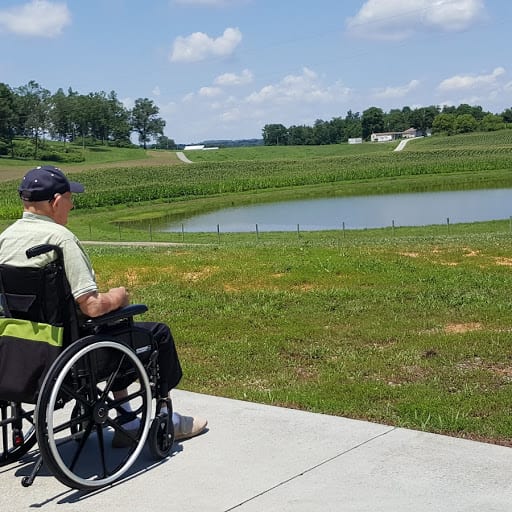 Linda Martel says her family’s experience with Hosparus Health of Green River is a hospice success story. That’s because she’s one of the lucky ones who called us early. Her dad, Albert Parent, was under our care for about 18 months before he passed away in April 2017.

“As much as I loved my dad and miss him, having Hosparus Health made his death easier,” Linda says. “It was the best possible circumstances.”

Albert had Parkinson’s Disease and suffered from dementia. He was in assisted living when he had a fall in February 2015. After rehab, he returned to the facility but was not bouncing back. He was unable to bear weight or do basic tasks like put on his shirt. Linda says she was in denial about her father’s decline and kept pushing him to get better. Her sister, Carole Sharkey, who is a nurse in Yarmouth, Maine, convinced her it was time to call Hosparus Health in November 2015.

“Once we got Hosparus Health involved, there was this immediate calm for me,” Linda says. “I felt relieved — not because I was giving up, but because it changed our relationship. I finally felt like I could be his daughter and not his caregiver.”

She adds that the Hosparus Health care team helped her understand the limitations of her dad’s illness. He was 90 years old at the time, and knowing the reality of his condition helped her to be more compassionate with him.

“I never realized how much stress I was under trying to get my dad better. I was very frustrated with him and showed it.” After she called Hosparus Health, “I could finally stop focusing on making him better and instead focus on making the days he had left the best they could be. Our relationship got stronger because I was no longer pushing him.”

Her dad remained in assisted living under hospice care until the summer of 2016, when Linda moved him into her home. Albert had the full scope of our care, including a nurse, CNA, social worker, chaplain and volunteer.

“His nurse Larissa Marr was amazing,” Linda says. “She was so compassionate and was always focused on his comfort and quality of life.”

The entire team went above and beyond, she adds. When the chaplain found out her dad spoke French, he learned a few phrases to be able to converse with Albert. 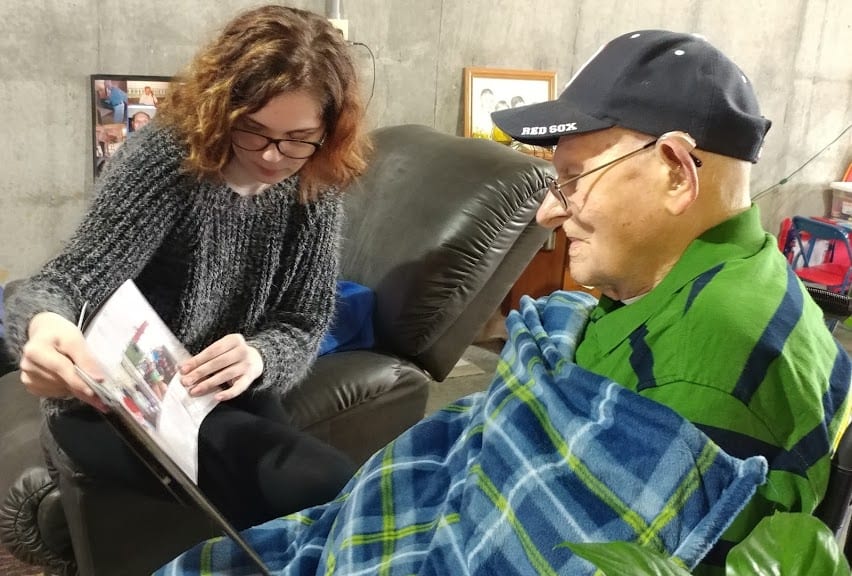 Spending his final months at home was priceless for both Linda and her dad. Despite his cognitive decline, she could tell he was much happier and relaxed. It was also much easier and more convenient for family to visit with him because their time was free and unrestricted, unlike the limited visiting hours at the assisted living facility. That relaxing, quality time was especially valuable to her sister, Carole, who came all the way from Maine every few months to provide much-appreciated support.

Linda adds that her dad enjoyed lots of special moments he wouldn’t have had without Hosparus Health’s care, like watching his grandkids play pool. “He would sit in his wheelchair with the biggest grin on his face.”

She believes that being in the comfort of her home helped stabilize him and perhaps even helped him live longer. When he died, he was surrounded by loved ones.

“I was able to have family at my home from five different states, including all his children, for my dad’s last few days and final hours,” Linda says. “This allowed us to all be together — not just to be with him, but with each other, which was so important. I could never say enough good things about what Hosparus brought to my life and my dad’s life.”

Now, she wants to make sure other families have access to these vital services. Linda volunteers as an Ambassador for Hosparus Health of Green River and encourages calling hospice earlier. “The sooner the better!” she says.

Thank you, Linda, for helping to spread the word about the benefits of Hosparus Health’s services!

Hosparus Health needs your help now more than ever to make sure families like Linda’s get the chance to create more moments together. No contribution is too small! To make a gift, click here.