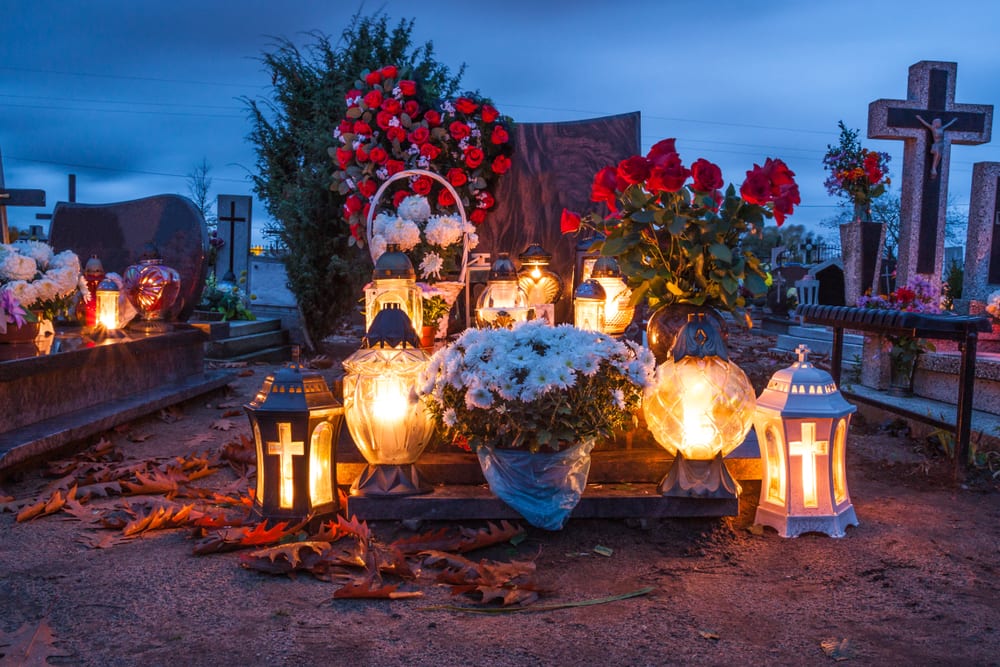 Every October, kids in the United States (as well as Canada and Ireland) dawn their best costume and parade neighborhoods trick or treating in the spirit of Halloween, also known as ‘all hallows eve.’ The celebration of Halloween is derived from ancient festivals and religious rituals and has been molded and shaped through centuries to either honor saints, loved ones who have died, or even important parts of history. However, in Latin American cultures this time of year marks the Day of the Dead, or Dia de los Muertos, an elaborate and beautiful tradition of honoring the deceased.

Although many compare Halloween to Dia de los Muertos, they are different. Day of the Dead’s purpose is to remember family and friends who have passed and involves the belief that death is part of life, not something mysterious or to be feared. They believe the living continue in companionship with those who have died—kept present in heart and mind and at certain times, in spirit.

The celebration of Halloween has some crossovers with Day of the Dead, but traditionally the latter involves an ofrenda, an altar of offering; it is a table of welcome for spirits of loved ones who are believed to return home to visit with the living. Ofrendas include photos, mementos, and other favorite things of those being welcomed and honored; often poems are also included, remembering humorous, silly stories about the deceased.

When you think about it, the celebration of Dia de los Muertos is not far-fetched from the celebration of life or funeral services typically experienced in North America. When we lose a loved one, we honor their memory and life with mourning and celebration; we enjoy food together, share photos, and stories of their time with us. The fact that the Latin American culture does this every year and not just as someone has passed is a beautiful tribute.

Latin America isn’t the only part of the world that honors their loved one’s lives each year around the Halloween date, the following countries and religions have their own traditions:

This time of year is unique around the world in that it holds traditions that remind us to intentionally honor, remember and keep connection with loved ones. It also reminds us of our own mortality—someday we too will die. As we near October 31st, consider new traditions associated with acknowledging death and celebrating life, all while keeping the reminder to live fully.

Here are a few activities to celebrate October 31 like other cultures: