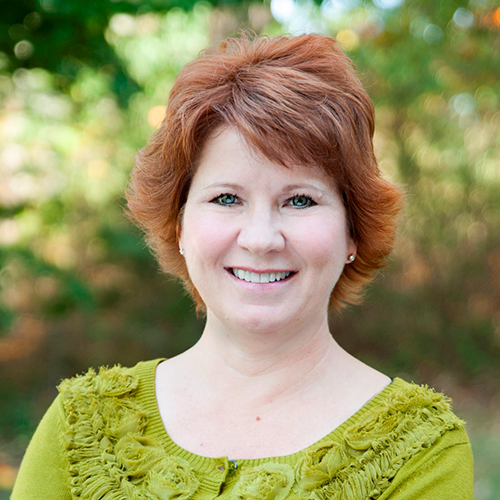 You might know me as Director of Development for Hosparus Health, but this amazing organization touched my life long before I came to work here. My Hosparus story began in 1990, when the mother of the man I would marry was our patient in Central Kentucky.

Johnnie Ruth was a Christian, military wife and mother of four boys. When she got sick, my now-husband Steve was in graduate school and working part time. On top of all that, he became her primary caregiver. It was stressful, but he says he wouldn’t have changed a thing.

Thanks to Hosparus Health, Steve was able to give Johnnie Ruth the dignity she deserved at the end of her life. Her nurse helped Steve understand what was happening, and gave him the support he needed to just be her son (and not caregiver) and make the most of the time she had left. A volunteer also provided respite care and gave Steve much-needed breaks. Johnnie Ruth passed away peacefully in October 1990.

After Steve and I married, I was working as branch director for Big Brothers Big Sisters (BBBS) and believed it was a job I would stay in forever.

God had other plans.

In early 2004, BBBS was renting office space from Hosparus Health when I learned about an opening. I heard my calling loud and clear, and this year celebrated 15 years of service.

But my story doesn’t end there.

Twelve years ago, my sister-in-law passed away from cancer at our Inpatient Care Center in downtown Louisville, KY. It became a home-away-from-home for my brother and nephew, who lived three hours away, allowing them to be by her side until the end. My family is forever grateful for the comfort and support we received.

After such deeply touching experiences, it was an easy choice for Steve and I to join the Autumn Leaf Society by leaving a gift to Hosparus Health in our estate plan. Now, I’m proud to take over for Bob Mueller as liaison for the loyal donors of our Autumn Leaf Society, and help others do the same.

Please contact me to find out how you can make a planned gift that will ensure all our patients and families have the opportunity to create more moments together.