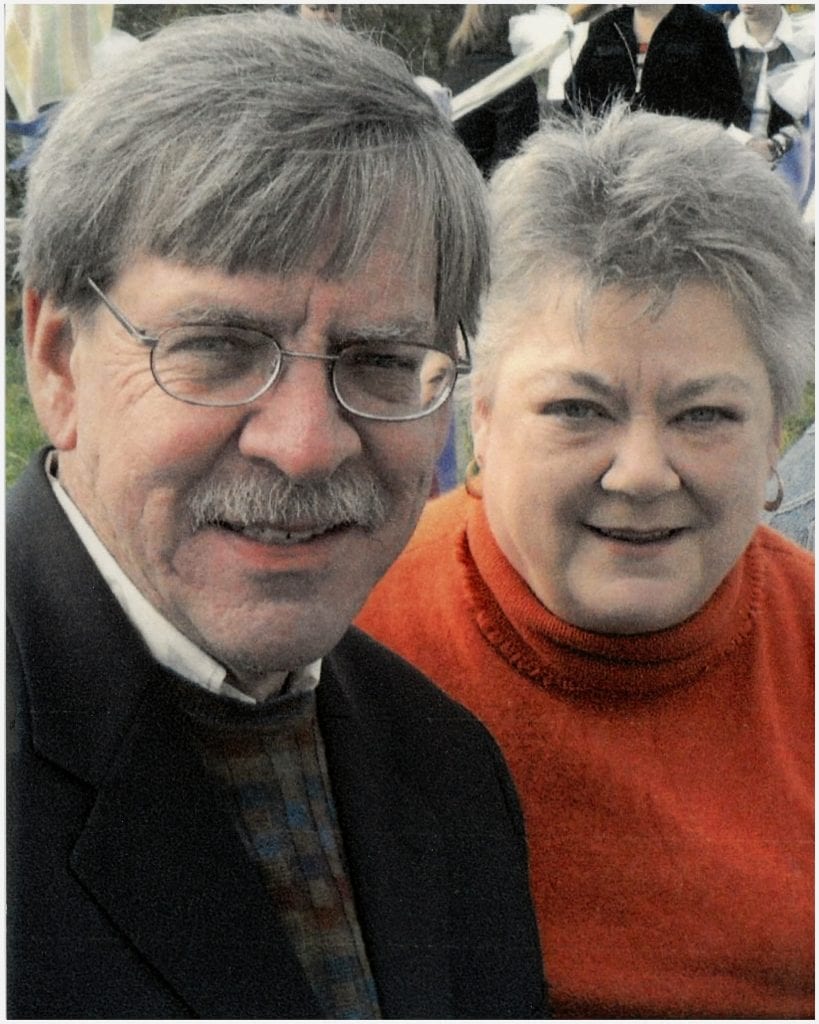 When Walter Clare’s wife of 26 years, Lisa, reached her final chapter, Hosparus Health was there to make the time they had left the best it could be. Now, Walter wants to make sure other families facing serious illness have access to our compassionate care.

“For a long time in our society, it seemed like the whole goal was to prolong life, to give it one more day. Sometimes that’s not the best answer,” he says. “So how do we make those final days, that final journey as pleasant as possible? That’s where Hosparus Health comes in.”

Lisa was diagnosed with cancer in 2013. After several months of chemotherapy and an extensive surgery, she was considered cancer free. “The cancer came back in November 2014,” Walter says, “and the treatments weren’t doing anything except wearing her down. That’s when she decided to stop the treatments, and we entered hospice care with Hosparus.”

Before Lisa was admitted to our care, Walter says he had a lot of misconceptions about what to expect. “I thought hospice just came in to help people die. But what I learned is that it does so much to enhance the quality of life. That is the greatest gift of Hosparus Health.”

“A lot of what Hosparus did was relieve the stress of Lisa’s illness so that we could concentrate on spending time together,” he says. “I could call the 800 number any time, so I knew I always had support if something should happen. The peace of mind was huge.”

Thanks to her Hosparus care team, Walter says Lisa was able to have many moments of “regular life” in her final months at home. He recalls a special meal she requested just a few days before she died — a ribeye steak, a baked potato and slice of toast with strawberry jam. “That ended up being the last thing she ate and enjoyed, and I think that was due to Hosparus. They gave her the right amount of pain meds and monitored the pain, and that allowed her to be as much as she could be, right up until the end.”

In her final 48 hours, Lisa’s breathing became labored and she had to be admitted to the Hosparus Health Inpatient Care Center (HICC). Walter was there, holding her hand as she passed away on a Sunday evening in April 2015. “I’m so thankful that she got to die a peaceful and pain-free death in a quiet and dignified setting,” he says.

After she died, Walter was glad to learn our care continued through grief counseling. “It was so healing to be able to talk to others about all of the things that I held inside,” he says. “After all these years, I’m still in contact with members of my initial support group.”

Thanks to his positive experience with our care, Walter did not hesitate to encourage other family members to engage hospice. “My experience with Lisa eliminated a lot of fear about what would happen. It’s why I, along with my family, were able to subsequently see my father and younger sister go into hospice.”

A Positive Experience Makes an Impact

Now, Walter is pleased to be able to honor his wife, Lisa, and other loved ones by contributing to Hosparus Health in a number of ways. He serves on our People of Compassion Campaign committee, having made gifts to support several of the Campaign’s initiatives, including grief counseling service enhancements, and our Employee Assistance Fund. The Fund helps our staff, whom he calls “angels on Earth,” with unexpected financial challenges, like those brought on by COVID. “They’re, amazing. I think it takes a special type of person to be able to care for people at the end of life.”

Walter also made a gift to have a room at the HICC named after Lisa. “They were there for her, and they were there for me,” he says. “Hosparus Health made an unpleasant experience so much more pleasant. When I look back now, nearly six years later, I have very fond memories.”

When asked why he encourages others to support Hosparus, Walter says, “There’s a spirit of compassion with this organization. I think we have to reach out to those that are in the greatest need at the end of their journey, and do all we can to support patients and their families through those difficult times.”

Hosparus Health needs your help now more than ever to make sure families like Walter’s get the chance to create more moments together. No contribution is too small! To make a gift, click here.