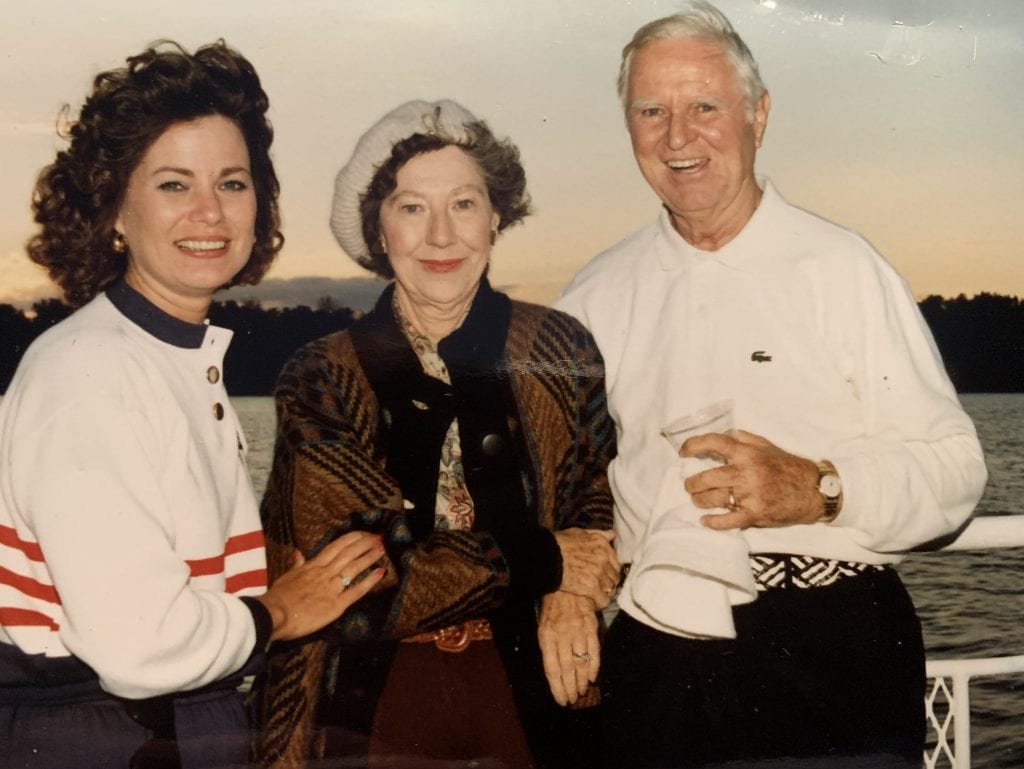 When Mary Anne Thornton called Hosparus Health to care for her mother, Miriam, at the end of her life, she felt like a burden had been lifted. “It was the first time in four years that I was able to let go. I didn’t realize how heavy this worry and responsibility had been on my shoulders,” she says.

The expert care and endless compassion she and her mother received during such a vulnerable time prompted her to give back. A few years after her mother passed away, Mary Anne joined our Autumn Leaf Society by adding Hosparus Health to her will.

Prior to her Hosparus experience, Mary Anne says she had several misperceptions about our care. For one thing, she thought hospice was only for people who could not afford to hire private caregivers. She didn’t realize it was available to anyone, and that most insurance plans cover the costs.

“The experience with my mother was a real eyeopener to me,” she says. “I thought, ‘My goodness, I have been so ignorant about what this wonderful nonprofit organization offers.’”

About nine years ago, Mary Anne’s mom, who was widowed and living on her own in Southern Indiana, began having issues with her memory. Miriam was eventually diagnosed with Alzheimer’s disease, and Mary Anne hired a home health aide come in a few days a week.

As Miriam declined, Mary Anne brought in a team of caregivers to care for her around the clock. Along with a physician’s agency that made house calls, they were able to keep her comfortable at home until early 2015.

“She didn’t have anything wrong with her other than her mind,” Mary Anne says. “I was very lucky. My mother was really healthy, so I thought there was no reason why she couldn’t die at home. She was not in pain. She didn’t always know where she was, but she was not unhappy or distraught. My goal was to have her stay at home and have a peaceful death.”

Unfortunately, there was a major complication — Miriam developed uterine cancer. One of the nurses suggested that Mary Anne call Hosparus Health to help manage her symptoms and any pain that might result.

“I thought, OK, that sounds good. We can have people who have more medical expertise come in and address her needs,” Mary Anne says. “I had no knowledge of Hosparus, but they came to our home and gave me an introduction, which included a training program to introduce me to what hospice is all about. I felt comfortable after their visit.”

Miriam had hospice care in her home for about five weeks. Then, her cancer took a sharp decline. Her Hosparus care team could detect that Miriam was in worsening pain and that it could no longer be managed at home. That’s when they recommended Mary Anne admit her to the Hosparus Health Inpatient Care Center (HICC).

“The Hosparus Health doctor at the HICC was so nice. He said, ‘You can go back to being a daughter again.’ And it was true,” Mary Anne says. “It was the best possible outcome. I had thought the worst about sending my mother to a hospital setting, and it was so much the opposite. It was amazing.”

Miriam died peacefully two days later on Sept. 6, 2015, at the age of 92, with her loving daughter by her side.

The Heart of Compassion

Mary Anne was incredibly grateful to the nurses at the HICC for their caring and reassurance. “They kept saying the same thing over and over again. ‘You don’t have to do anything anymore. The stress is off of you. We’ll make sure she’s comfortable. She’s not in pain, and you can be here with her around the clock.’ It was very peaceful.”

She adds that she herself got as much comfort from the care at the HICC as her mom did. “I had a hundred percent trust in their medical expertise, and they were very compassionate to not only to my mother, but to me. They were very concerned about my needs as well as hers — they went above and beyond.”

Now, Mary Anne wants to make sure that everyone has access to Hosparus Health’s compassionate care. “I want people to know that they can trust Hosparus,” Mary Anne says. “That they can hand over the care of their loved ones to Hosparus but you’re still in charge of the decisions. Hospice is simply there as a support to make your life and your loved one’s life better.”

Mary Anne shares her time, talents and treasure with nonprofits she feels passionate about, including Yew Dell Botanical Gardens. Hosparus Health is proud to have joined that list. She has become a strong advocate for our care, regularly encouraging others to our support our mission.

Mary Anne’s generous estate gift is a wonderful endorsement of our care, and we are truly grateful for her continued support! If you’re interested in learning more about the Autumn Leaf Society and planned giving opportunities, please contact Lisa Sanford at lsanford@hosparus.org or 270-304-2329.