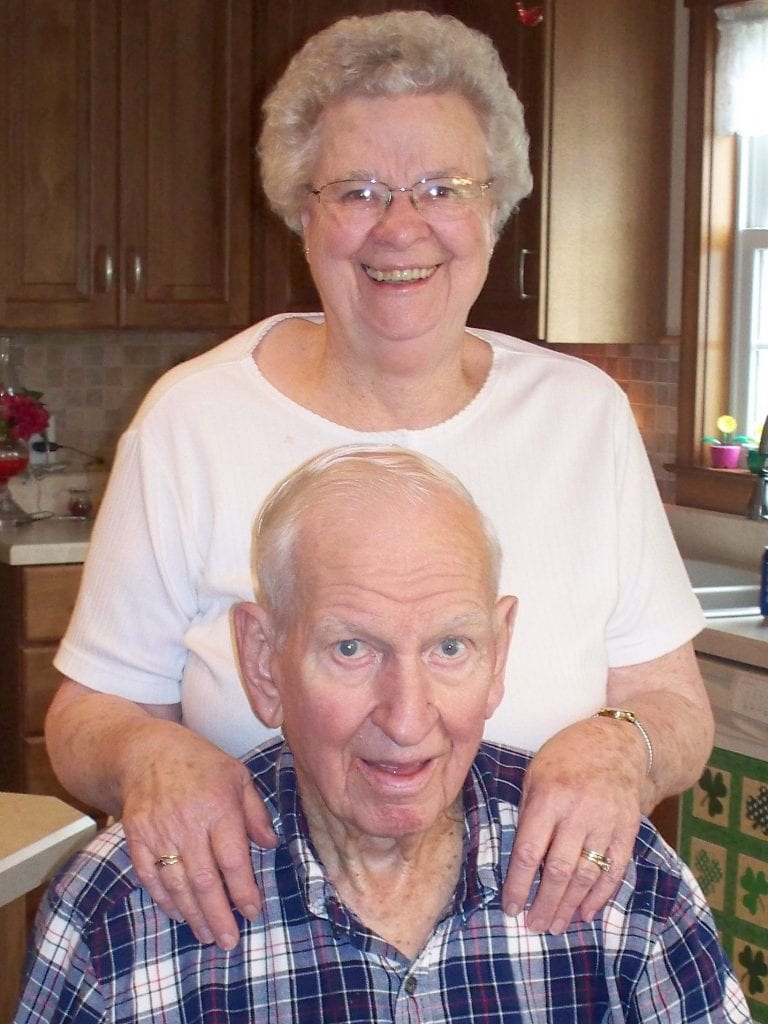 Patti Goepfrich describes her dad, Joe Eckerle, as a generous, wise man with twinkling blue eyes and a great sense of humor. He was a dedicated husband and father, and a proud Army veteran who spent his retirement years working on behalf of other vets. As he came to the end of his long and fulfilling life, his wish was to die peacefully and comfortably at home in Jasper, surrounded by those he loved.

Joe passed away at age 91 due to complications from Parkinson’s disease and diabetes in July of last year with his wife, Irene, right by his side, along with Patti, her brother and sister.

Patti says she doesn’t know what they would have done without Hosparus Health of Southern Indiana. “It makes the end, as horrible as it is, so much easier.”

What Hosparus Health provided to her family went way beyond expert medical care, she adds. It gave them the chance to create more moments with Joe — more precious memories they wouldn’t have had otherwise.

“We got to be at Dad’s bedside, just sitting there, talking,” she says. “He knew his family was there supporting him. Life went on outside that bedroom, but in that bedroom, it was just conversation and harmony.”

Hosparus Health provides an extra layer of support that is nothing short of a blessing to both patients and families, Patti says. “When I hear about people that are only in hospice for two or three days, I don’t understand why they don’t ask for help long before that.” Joe was in Hosparus Health’s care for a about six months.

“We could not have done the last few weeks of his life on our own,” Patti says. “I can’t even fathom what it would have been like without Hosparus Health; they helped us understand what was going on with Dad, so we could make the most of the time he had left.” 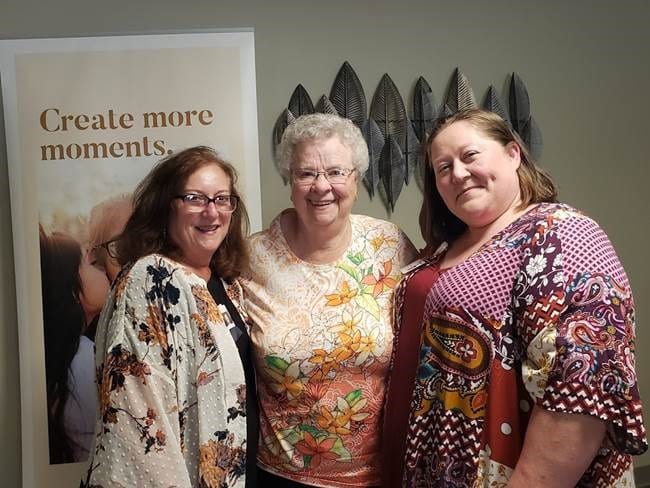 Patti adds that everyone on her father’s care team went above and beyond. Because Joe was a veteran, Hosparus Health honored him with a patriotic pillow and care blanket that he used daily. Irene now lovingly lays it across her bed when she makes it each morning.

Ketlin, one of Hosparus Health’s nurses, brought Irene flowers and a card the day before Joe died, and stopped by weeks later to check on her. “That made Mom feel so much better,” Patti says.

Hosparus Health’s support meant so much and “took a load off our minds,” she added, allowing the family to spend a final few, peaceful moments with Joe after he died to say goodbye.

The only thing that was a at all challenging about Joe’s care was distance — at the time, Hosparus Health’s only Indiana office was in New Albany, about 2 hours away. When the family called for a nurse, they had to wait for her to drive to town. That’s why Patti was thrilled to hear Hosparus Health has opened a new office in Jasper.

“It shows the commitment Hosparus is making to the community,” she says. “By having an office here, it will make it easier for families to reach out and make the first call.”

The sooner families make that first call, she adds, the sooner they can start creating more special moments with their loved ones, just like she was lucky enough to do with her dad.

“Call Hosparus as soon as possible,” she urges. “They help the family so much on their journey.”

We need your help now more than ever to ensure other Southern Indiana families like Patti’s get the compassionate care they deserve. Please click here to show your support. No amount is too small!